As the desire for obtaining optimum health continued to grow among all age groups, 2017 saw a major convergence of ancient traditions connecting with emerging technologies to form an amazing array of wellness solutions for any lifestyle and budget. Nowadays people are becoming more aware of their health and wanting to reach specific goals to obtain their ultimate lifestyle so are always on the lookout for new products and tools to help them reach their full potential – here are some of the main ones from 2017, so if you haven’t already why not try some in the New Year.

Wellness Apps and Devices: New app-based technologies for wellness were a hot trend in 2017 with new tools for various healthy activities that monitor our results. Often used in conjunction with an app-based program there was also a surge in wellness devices and wearable technologies.

Virtual Reality: VR saw many new developments in 2017, although still technically in its early stages the potential for virtual reality (VR) to have an impact on holistic health and medical fields, as it starts to evolve are huge! Doctors and scientists consider that VR is likely to be the greatest health and wellness game changer in history and there were major developments last year.

Biofield Monitoring: As we begin to become more aware that all things are made up of energy, including our bodies, finding disruptions and dis-harmonies in its energetic flow may be the ultimate secret to achieving optimal health in the future. Human Biofield Therapy is a growing segment that gained a lot of popularity especially in 2017 in the reading and monitoring of the body’s gross and subtle energy fields.

Functional Beverages: Functional drinks saw a boom in 2017 with many new drinks on the market to include herbs, vitamins, minerals, amino acids and raw fruits and vegetables. These kinds of beverages are consumed not just for the taste but for the rich health benefits and functionalities such as mood enhancement or workout recovery.

Swapping caffeine for healthier alternatives: Many health-conscious consumers have moved away from caffeinated beverages such as tea and coffee and swapped them for healthy alternatives such as matcha, turmeric and beetroot lattes made with plant-based milk options. Even big chains such as Starbucks have launched golden turmeric lattes and this healthy hot beverage trend is growing as people are moving away from caffeinated products.

Posture Awareness: How we communicate with our body language, how we feel, even how we think can all be affected by our posture. Advancements in ergonomically correct furniture, posture improving exercises, and posture detecting apps had a prominent role in the health and wellness market in 2017.

Energy Healing: It is a science-based fact that as a human being we have an inherent frequency of measurable energy. The growing trend in 2017 has been to work on the health and vitality of this energy. Clearing, tuning, balancing and healing it for optimal mind-body-spirit wellness.

Meditation Studios: For those of us who would rather practice meditation in groups than alone, a major trend can be seen in the opening of studios for group meditation. This new way of meditating also gives you a chance to socialize and network with like-minded people in a nice relaxing environment.

Crystals and Gemstones: The power and mystique of owning and using a wide variety of crystals and gemstones is an ever-growing phenomenon. Crystals and gemstones have many wonderful uses and people are starting to use them a lot more due to their many healing energy properties. Last year there was a boom in this category and products made with crystal and gemstones are likely to benefit from continued growth, an example are crystal salt lamps which really gained huge popularity in 2017.

Sound Healing: The healing power of sound is undeniable and creative new ways to improve overall wellness through listening experiences has a very bright future. Wellness studios of all kinds have gained huge popularity in 2017 and they continue to incorporate sound healing into their offerings with gong ceremonies and sound healing baths etc.

Indoor Pollution Monitoring: We all know the dangers of outdoor pollution but now scientists are saying that we’re at even greater risk in our homes. There has been a surge in the sale of air purifiers which are now very advanced and accompanied by apps to monitor air quality levels and send warning notifications if necessary. 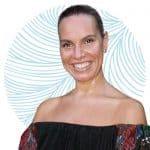 Born in Istanbul, Mirey Yuhay studied economics and got certificate programs at UPENN for a year after college. After 13 years of experience in Marketing Communication with an urge to soul search, she attended many workshops and seminars as NLP, bioenergy, coactive coaching, transformational breathing, quantum healing etc. Then she came across TheLifeCo. She became a Program Coordinator at TheLifeCo and helped over 30.000 people detox & heal -one to one- in 15 years from all around the world.